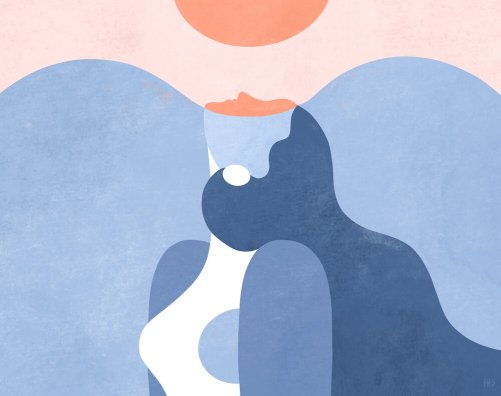 The sky is overcast.

It has been this way since I woke up, which was earlier than usual, because the tightness in my chest would not allow me to sleep in. The air is thick and slow, and the slight breeze carries the heat off the tarred road in front of the house. I had hoped today would be one of those cool monsoon days when the wind rushes inside one’s body and sweeps some of the heaviness away. But it is not, and the tightness does not dissolve.

Meena said she might drop by today. She has not asked me for my address. I wonder if this is because she already knows where I live, from that one time she dropped me home, or because this casual comment, I might drop by, was a promise only in my mind. Maybe she meant it in the way people say next time, knowing fully well that the next time would never come. This trickery is perfectly acceptable in society, because making such a blatantly false promise is less rude than leaving a conversation mid-air, forcing it to fight for itself. Everyone participates in this strange culture, which like everything else, is a balance of power. I wonder if I have surrendered myself to Meena.

When we first met, at a friend’s wedding, I had the feeling that she was going to be a part of my life. In what capacity, or frequency, or relevance, I had no idea. But I found her interesting, because she seemed to know all the important people at the wedding. It looked as if her chin, shoulders and back were being pulled upwards by strings made of confidence. When she complimented my saree, I made an effort to make sure it looked neat for the rest of the night. She speaks about her interests—politics, art and beauty, as though these aren’t just opinions she has, but her body is a bag which she stuffs these things with. She is made of her knowledge and passion and skill.

We have spoken all of four times– long conversations in which I said nothing of importance, because my intelligent thoughts slipped away and returned only when I was back home, alone. Around her, all my sentences are stupidly punctuated with “dude”, “man”, and “bro”. But she has always been indulgent with me. Sometimes, I fantasize about walking through my neighbourhood with her. She sees someone she knows, and introduces me to them as “my friend that I was telling you about.”

Last night, I cried uncontrollably for a long time, the sound of thunder underlining my sniffles and sobs. I had no explanation for it, except a piercing sense of loneliness. I kept imagining someone’s body pressed against mine, their steady breathing echoing in my ears, my chest, my stomach. A hand draped across my body and our legs intertwined like jigsaw puzzles. With someone else, sleep would be an activity that I would willfully perform,  rather than an inevitability that I must resign to. With someone else, it would not be a struggle. I stopped myself from attaching Meena’s face to this imaginary body, but the tears kept freely flowing.

I was crying as Meena sent me a text message, a picture of a broccoli sabji that she had once boasted of making. I wondered how much importance to attach to this picture. It was an active decision of hers– to remember me and our little conversation that was a few days old—and make the effort of sending a picture. But what did it mean? Did she mentally replay the day we ran into each other on the metro? Did she think about ways in which she could keep herself fresh in my memory? Was she riddled with the anxiety that she might not even be worth a passing thought of mine? Or were these fears, this desperation and dependency, mine alone?

I told her that the subji looked delicious, and that I wished I could do such things with food. She did not bother with the niceties of saying the recipe is really simple, or that making it was simply a matter of putting all the ingredients together. She took the compliment and told me that, if she dared to be presumptuous of how good it tasted, she could drop by tomorrow with a boxful. I could imagine the wave of her hand as she said it. What a cruel game that one statement was. She could drop by, but would she? My body had long run dry, and by this time, I was dry sobbing into my pillow. It was no longer raining.

And if she did decide to drop by, would she expect me to invite her in? Our last few conversations ended abruptly, with a sudden goodbye, not even a handshake. If I did invite her in, how long would she stay? Would she even want to, or would it simply be an obligation to her?

That one statement—that she might drop by tomorrow—gathered all the stress from every corner of my body and bundled it up in my throat, tying it in a neat bow. I set an alarm for the morning, just in case she suddenly announced her arrival and I had not showered.

Now I am awake, and the alarm has not rung yet. The sky is overcast. I wonder if she will use the rain as an excuse not to show up. Meena has not yet replied to, or even seen my message yet. Perhaps she has forgotten completely that we even messaged each other last night. And even if she did, so what? Even if she did forget, or not mean what she said, or talked to me out of pity or indifference or boredom, so what? That is what normal people do. They make small talk and false promises and are kind to people without an agenda, and they can do these things without absorbing their actions into themselves. They move on. Move on, I tell myself, that is what normal people do.

I make myself a cup of tea and, with a book in hand, sit on the balcony. I hope that today is one of those days where I can transport myself inside the book and forget my surroundings and the concept of time. But suddenly, my alarm rings and my concentration is broken. I cannot stop unlocking my phone and checking my messages, even though I know I have received none.

I don’t remember why I cried so much last night. Falling asleep with someone else, the comfort of their touch that drags you into a deep sleep, seemed wonderful. But the thought of waking up to them, and going through the day, which involves two separate lives that must somehow fit together, seems horrific. It is intrusive and undesirable. I don’t know if this makes me think of Meena any differently. If I had to answer this question to anybody but myself, I would ignore and deny every emotion I ever felt, including loneliness. It has happened a few times before, when I mistook a few glances in my direction for romantic interest, and I waited patiently for it to blossom into decisive action. But the laboured pace always rotted away any threat—thin or invisible as it may have been, into non-existence. It has been less than a week since Meena and I last met, and if she remembers our conversation, and cares enough to keep it going, life may soon become very easy or very difficult.

There is no way of knowing if it will rain today like it did last night. There is no swiftness, no mobility, in the air. A new message lights up my phone, which announces that Meena is sorry she did not reply sooner, but she can be here in twenty minutes, if that is alright with me. A laugh of relief bubbles up from within. Meena, ever so courteous and polite. Everything she does is alright with me. I reply to her message with what I hope is nonchalance. It takes her less than ten minutes to appear at my doorstep.

Aditi Kumar is a reader who has recently started calling herself a writer. She likes to write about women who do nothing in particular. Her blog can be reached through www.wordnecklaces.wordpress.com/